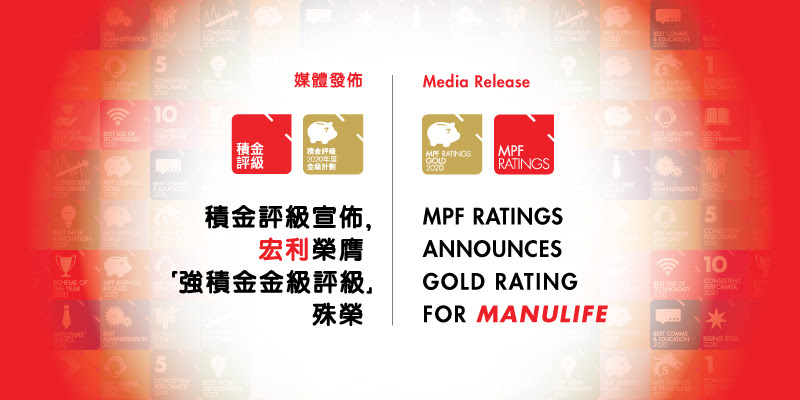 And sees Manulife Global Select (MPF) Scheme as on track for 25% market share.

According to Francis Chung (叢川普), Chairman of MPF Ratings, Manulife’s hard work has not only seen its ratings upgrade, but has also translated to business success. “Manulife’s Global Select (MPF) Scheme is now the largest MPF scheme in market and is on track for approximately one quarter MPF market share as the MPF industry approaches HK$1 trillion,” Chung said, pointing to the latest findings of the MPF Ratings Fund Flow and Market Share Report.*

External factors have created market uncertainty, however, in such an environment. The view of MPF Ratings is that Manulife’s position as the largest MPF scheme sponsor may actually prove to be positive for all MPF members, with Mr Chung saying, “If other MPF schemes wish to remain competitive, Manulife’s Gold rating may inspire them to improve the value of their MPF offering.”

Processing...
Thank you! Your subscription has been confirmed. You'll hear from us soon.